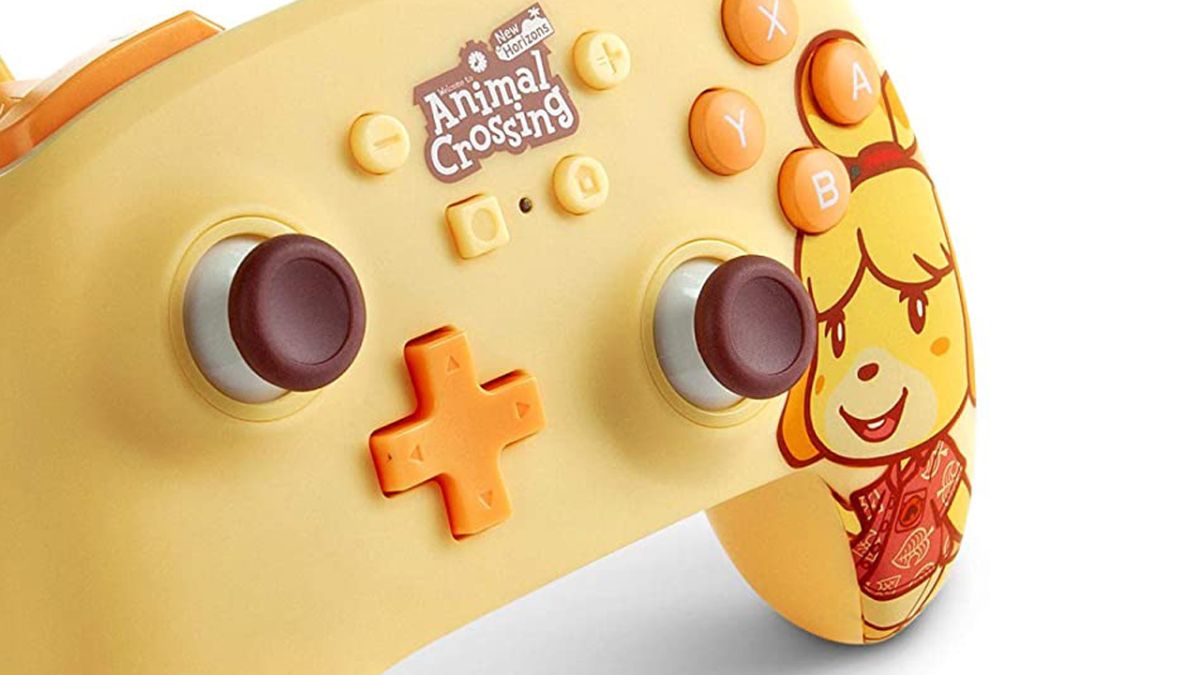 This is an Animal Crossing controller PSA: more are on the way. While I’m not saying that they’re the most adorable thing ever, I’m also not not saying that. Take a look for yourself.

Anyway. PowerA has added a new pair of officially licensed Animal Crossing controllers to Nintendo Switch. These ones feature Isabelle and Tom Nook for $24.99 each, complete with color-schemes to match their character.

Although they’re not wireless like the previous batch, they use a 10-foot USB cable and don’t require batteries (which is helpful for those of us who always forget to swap out those AAs). More importantly, they also come with an ergonomic design, a 3.5mm audio jack that’ll fit the best Nintendo Switch headsets, and two mappable gaming buttons at the back for improved versatility.

Both Animal Crossing controllers are up for pre-order now, and they’ll launch this February 14 – yup, on Valentine’s Day.

The pair joins another wired Animal Crossing controller featuring multiple characters from the franchise, not to mention two wireless designs starring KK Slider or the Nooklings. They’re rather wholesome and tie in nicely with Animal Crossing: New Horizons.

To get you the best deal, we’ve listed every offer we could find below (including the new Isabelle and Tom Nook versions). Weirdly, the new models are not available to pre-order in the UK just yet. We’d imagine that’ll change soon.

Either way, these aren’t the only themed items on the way from Nintendo in the next few weeks; the company is also launching a special Nintendo Switch Mario Red and Blue Edition console in honor of the plumber’s 35th birthday.

PowerA Enhanced Wired Controller: Isabelle | $24.99 at Amazon US
You can pre-order the new wired PowerA controller featuring Isabelle right here. It’ll cost you $25 and launches this February 14. Because it’s an Enhanced model, it also has two mappable buttons at the back for extra versatility.
View Deal

PowerA Enhanced Wired Controller: Animal Crossing | $24.99 at Amazon US
This more general Animal Crossing controller features characters drawn from across the franchise, including Tom Nook, KK Slider, Isabelle, and the classic Villager. It’ll set you back $25 and is available now.
View Deal

PowerA Joy-Con Comfort Grip: Animal Crossing | $14.99 at Amazon US
Behold, the greatest Joy-Con grip there ever was. This delightful special edition features Isabelle and various Animal Crossing icons to go with a white and yellow color-scheme, as well as a very comfortable rubber back. A must-have for AC fans.
View Deal

PowerA Enhanced Wireless Controller: KK Slider | $38.99 at Amazon US
If you’d rather cut the cord entirely, this wireless controller is perfect. It runs on two AA batteries and is very similar to Nintendo’s own Pro Controller, only much cheaper. It’s accurate and comfortable to use, too, and it’s got that cute KK Slider design. Throw in two mappable buttons on the back and you’ve got a pretty great Animal Crossing controller that can do a bit of everything.
View Deal

PowerA Enhanced Wireless Controller: Timmy and Tommy | $39.99 at Amazon US
Want to cut the cord but keep that cute Animal Crossing controller theme? Take a look at this wireless alternative. Besides being emblazoned with Tommy and Timmy in the bottom right-hand corner, it’s a responsive and accurate device that runs on two AA batteries. It also features two mappable buttons on the back for improved functionality.
View Deal

PowerA Joy-Con Comfort Grip: Animal Crossing | £12.99 at Amazon UK
And there we have it, the greatest Joy-Con grip ever. A delightful ode to the Animal Crossing franchise, it’s covered with icons from the games and Isabelle herself. It also has a white and yellow colour-scheme to go with a very comfortable rubber back.
View Deal

PowerA Enhanced Wireless Controller: KK Slider | £39.99 at Amazon UK
This wireless controller offers something more traditional for Switch users, and it even gives the Pro Controller a run for its money. Allowing you to cut the cord, this particular handset runs on two AA batteries. It also features a pair of mappable buttons on the back for improved functionality.
View Deal

PowerA Enhanced Wireless Controller: Timmy and Tommy | £33.80 at Amazon UK
Another cute Animal Crossing controller is this Timmy and Tommy-themed one. A wireless alternative that runs on AA batteries, it allows you to cut the cord and also features two mappable buttons on the back for further versatility.
View Deal

Want to tips on how to make the most out of your island getaway? Don’t forget to check out our Animal Crossing: New Horizons guide. For other handset offers, take a look at these cheap Nintendo Switch controller deals.