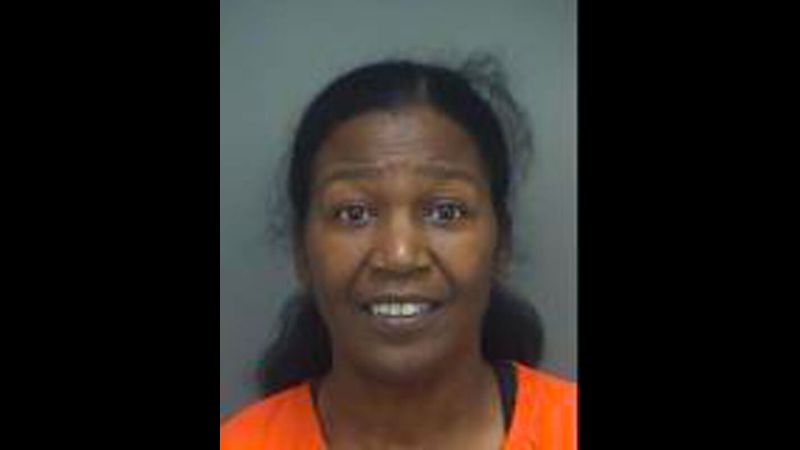 TAMPA — It was still dark outside Thursday when Paul Beaver hurried his trash bins to the end of the driveway.

At first, when he looked up and saw a big vehicle turn onto his street in New Tampa’s gated Creek Wood neighborhood, he thought he had just beaten the garbage truck.

Then came the caravan of vehicles behind it.

“I saw what looked like a tank and army coming down the street,” Beaver said. “It was an armored vehicle with about 20 people in full military camouflage gear.”

They swarmed a home nearby on Riverburn Drive, detonating flash grenades. They were gone in 30 minutes, Beaver said, replaced by people who poured out of some 15 regular cars, wearing jackets that read FBI and carrying bags and clipboards.

The FBI did not respond to requests from the Tampa Bay Times for information about the raid. But court records reveal that the woman who owns the home was arrested the same day in connection with a shooting death in Kentucky. Federal authorities describe it as a murder-for-hire in a billion-dollar insurance fraud case.

The woman, 61-year-old Lesa Denice Andrade, appeared to be the only Tampa connection to the investigation. It was unclear from records how she figures into the killing and the ongoing probe into an international fraud ring suspected of bilking Medicare for unnecessary medical equipment.

Most of the court records involving Andrade remained sealed under judges’ orders, indicating additional arrests are coming. According to state business records, Andrade has worked out of her home since June as manager of Vision Workz Real Estate Group LLC. She bought the house on Riverburn Drive in August 2018 and moved here from Louisville after living previously in Georgia and Oklahoma, records show.

Federal investigators are poring through tens of thousands of pages of records gathered from 73 cell phones in the case against her, according to court documents. The next hearing in the case is scheduled Wednesday before a federal judge in Louisville.

Here’s what federal authorities are saying in records made public so far.

Following a grand jury indictment Tuesday in Kentucky, Andrade was arrested Thursday in Tampa on a charge of solicitation to commit a crime of violence. The crime carries a penalty of up to 20 years in prison.

She is accused in the indictment of soliciting two people, Bobby Lee Smith and Cynthia Allen of Lousiville, to murder a witness in a federal proceeding. Allen, 32, and Smith, 48, were arrested in November 2019, more than three years after the slaying, and now face life in prison or the death penalty if convicted.

The charges stem from the Mothers Day 2016 shooting of Angelina Pressley, a 27-year-old mother, just before she was scheduled to testify against Allen in the Medicare fraud investigation. Allen hired Smith to kill Pressley, according to federal court documents.

On May 8, as Pressley returned home from a Kentucky Derby party with a friend and her 8-year-old son, Smith was waiting for her, a murder indictment said. The three pulled into the driveway of their Louisville home and were unloading their car when Smith chased Pressley down, pistol-whipped her and shot her dead in front of her son, according to the indictment. Smith fled the scene in a getaway car, the indictment said.

At the time, Pressley had already given testimony against Allen in 2015, when Allen was charged with conspiring to recruit people for staged auto accidents to defraud insurance companies. In November 2017, Allen was sentenced to more than two years in prison in the crime and ordered to pay more than $78,000 in restitution, according to court documents.

The conspiracy was part of what the FBI called “one of the largest Medicare fraud schemes in U.S. history.” At a South Carolina news conference in April 2019, the agency announced that 24 people had been charged — mostly medical professionals and people working in medical equipment and telemedicine. They were accused of paying a company in the Philippines to recruit Medicare patients who would make claims for back, shoulder, wrist and knee braces that they didn’t need.

Andrade appeared before a federal judge in Tampa on Thursday and was ordered to remain in jail without bail before the hearing Wednesday. Andrade’s attorney, assistant federal public defender Percy King, argued at the Thursday hearing that his client should be allowed to go free on bail because she has not attempted to flee in the five years since Pressley was slain.

“Defendant owns a business, has family ties to the community, has health conditions, her passport is expired, (and) defendant has been out since the underlying incident and has not attempted to abscond,” King said, according to minutes of the hearing.