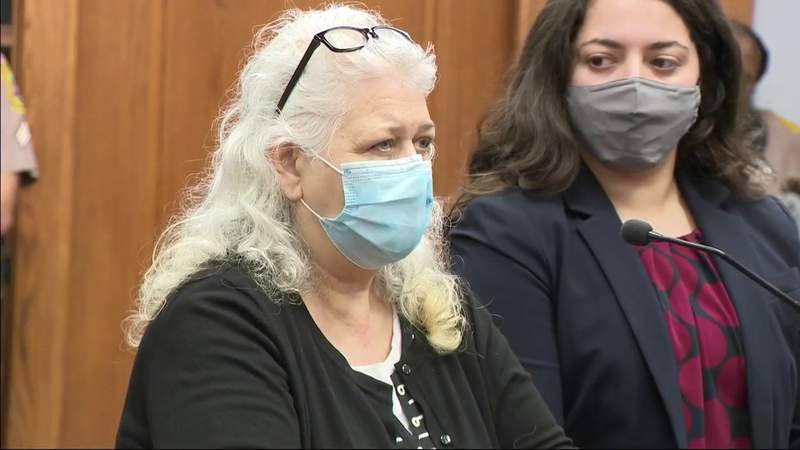 MIAMI-DADE COUNTY, Fla. – A woman facing more than two dozen charges of animal cruelty was able to cut a plea deal with prosecutors that will send her to jail for one year and keep her on probation for 15 years. She can also never be around animals again with the exception of one dog.

Cheryn Smilen appeared in court Monday to face her sentencing as animal advocates stood up to testify against her.

They said that Smilen pretended to be rescuing strays, but she was actually hoarding dozens of cats who were found in horrific conditions.

Through tears, Smilen pleaded guilty to a judge who, in turn, had harsh words for her.

Judge Alberto Milian, Miami-Dade Circuit Court, said to Smilen: “It’s hard for me to believe how humans can be so cruel.”

By all accounts, it is the worst case of cat cruelty they’ve ever seen. Dozens of cats were found starving, dead and decomposing in Smilen’s stifling Northeast Dade efficiency three years ago.

“She was supposed to be one of us,” said animal advocate Christine Michaels.

Smilen had been one of the advocates, taking in foster cats and accepting donations to care for those cats until they discovered what was happening.

“She would always pretend she was caring and everything, but behind the scenes she was living a double life,” said animal advocate Yatir Nitzany.

Before accepting a plea deal, the judge heard statements from animal advocates, who were pushing for a maximum sentence.

Prosecutor Helen Page Schwartz read from a statement provided by Michael Rosenberg, president of Miami-Dade Pets Trust: “The agony of the dying as one cat after another collapsed from the suffering and starvation that occurred over those days in 2018,” she said.

Many of the cats were dead when authorities got into the efficiency. The ones that survived were living in hot, filthy conditions with no food or water, authorities said.

Smilen’s public defender argued in earlier hearings that Smilen’s mental state should be taken into consideration, but that was not discussed on Monday.

Page Schwartz worked with animal advocates on the plea deal. Smilen faced six counts of animal cruelty and will spend one year in jail with a lot of conditions, but it spares her a possible 30 years in prison. After the one year, she will be on probation for 15 years. She is now to have any contact with animals ever and anywhere she lives can be searched without a warrant at any time.

“(That will be) to make sure she is not keeping any animals, not participating in any animal networks, and to check on the welfare of Orion,” Page Schwartz said.

Orion is an 18-year-old dog that is the pet of Smilen’s elderly mother. That is the only pet Smilen will be allowed to be around when she gets out of jail next year.